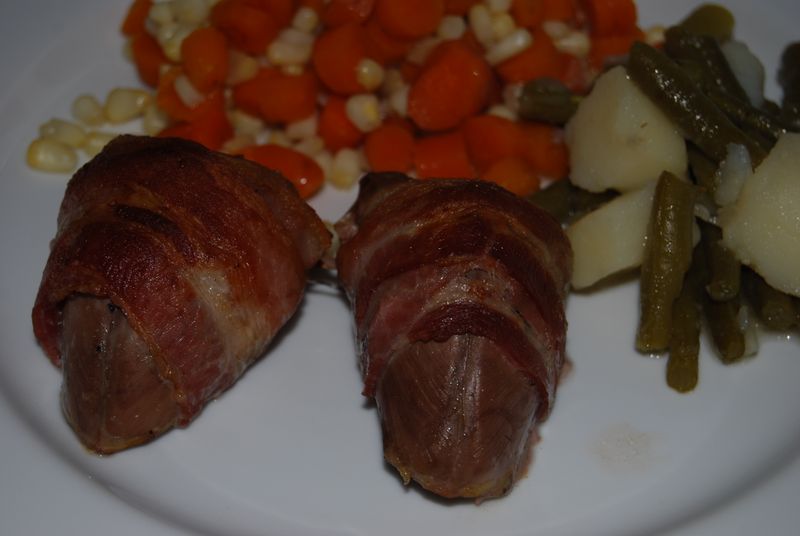 In our family, the start of dove hunting season kicks off the Labor Day Weekend.  All the licensed hunters head to the fields at noon, hoping to bag a bunch of doves.

Usually kids join the hunt at about age 11. Their first job: picking up the kill and wringing the necks of birds still alive.

My son wanted to join the dove hunt, so I sent him with my brothers and father. I expected that he would be back at the house in less than an hour, especially since he hates the heat and detests bugs.  Surprisingly, he stayed for the entire day, bounded into the house with his catch and declared the day a blast.

After cleaning the birds, they are bagged and everyone gets to take dove breasts home.  We cooked ours right away using a simple Southern recipe that enhances the meaty game flavor of the bird and keeps it tender and succulent.

We ate our dove breasts as an entree, but they are so small and delicate, they would make a great appetizer too. 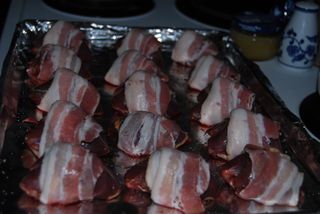 Wrap each dove breast with a slice of bacon.  Place on a lined baking sheet and broil  (500 degrees F) in the oven for between 10-15 minutes - until bacon is browned and crisp.

Serve with wild rice or saffron rice.  Pair with a robust red like a Chianti.

You can put a little kick in them by including a sliced pickled jalapeno wrapped up between the dove and the bacon. Some hard-core folks I know will actually slit the breast open and stuff it with jalapeno before grilling. These little bites are a long-time family favorite of ours, too!