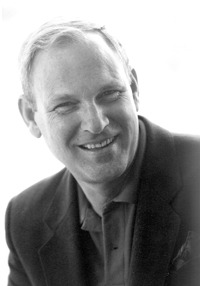 Two of my beloved sayings involve a favorite food source and Southern comfort food -- the humble pig and the fruit of its loins, if you will.

Root hog or die.  This phrase is never far from my mind in times of crisis. Simply put, you must do whatever it takes to survive in this world.

Take a bite of that barbecue and let me kiss them greasy lips. This quote needs no real explanation other than this: certain foods act as an aphrodisiac.

All this talk of survival and sex is one way of introducing yet another of my favored pastimes - reading cookbooks about foods I adore. While I enjoy beef and chicken, it's the other white meat that I truly enjoy for its versatility and for its long history on spits and grills the world over.

Fellow Southerner James Villas, a culinary expert who was food and wine editor for Town & Country magazine for 27 years, recently published PIG: King of the Southern Table, the complete compendium of pork cookery.

PIG (Wiley, May 2010, 424 pp, US$34.95) covers the familiar recipes - devoting a lengthy chapter solely to the often controversial preparation of barbecue, its sauces and rubs - as well as the obscure (to some) recipes featuring variety and specialty meat, the polite term for the organ meats and odd bits often deemed unfit for the table.

In true Southern fashion, Villas, a two-time recipient of James Beard Journalism awards with 15 cookbook titles to his credit, leaves nothing but the squeal uncooked.  He included recipes for Tennis Ball Salad with Salt Pork-Buttermilk Dressing (the precursor to the Iceberg wedge slathered in roquefort dressing), Bacon Waffles, and Carolina Pork and Sweet Potato Pie with Biscuit Batter Crust.

While his recipes were mostly familiar and traditional, the kind of country comfort food you'd find dished up everyday as well as for Sunday dinner, there were a few which I'd never heard of such as the intriguing Texarcana Pork and Bean Pie with Cornpone Topping or the savory  Baked Pork Loin with Fig-Citrus Stuffing.

Villa's recipe for Hog's Head Stew reminded me of New Year's Day when I was 12 and my father insisted I help cook a hog's head as part of the traditional dinner celebrating the first day of the new calendar. Villas  is correct; it is an acquired taste.

PIG is more than just a collection of pork recipes; it tells a tale of culture, cuisine and technique through  its memoir-laced introduction and well-versed headnotes. As an added treat, he includes factual tidbits and pig lore, referred to throughout as Pig Pickin's.

Lucy Schaeffer's food photography is a luscious side dish to the main course.

This is only a preview. Your comment has not yet been posted.

The letters and numbers you entered did not match the image. Please try again.

As a final step before posting your comment, enter the letters and numbers you see in the image below. This prevents automated programs from posting comments.

Having trouble reading this image? View an alternate.

Comments are moderated, and will not appear until the author has approved them.

(Name and email address are required. Email address will not be displayed with the comment.)